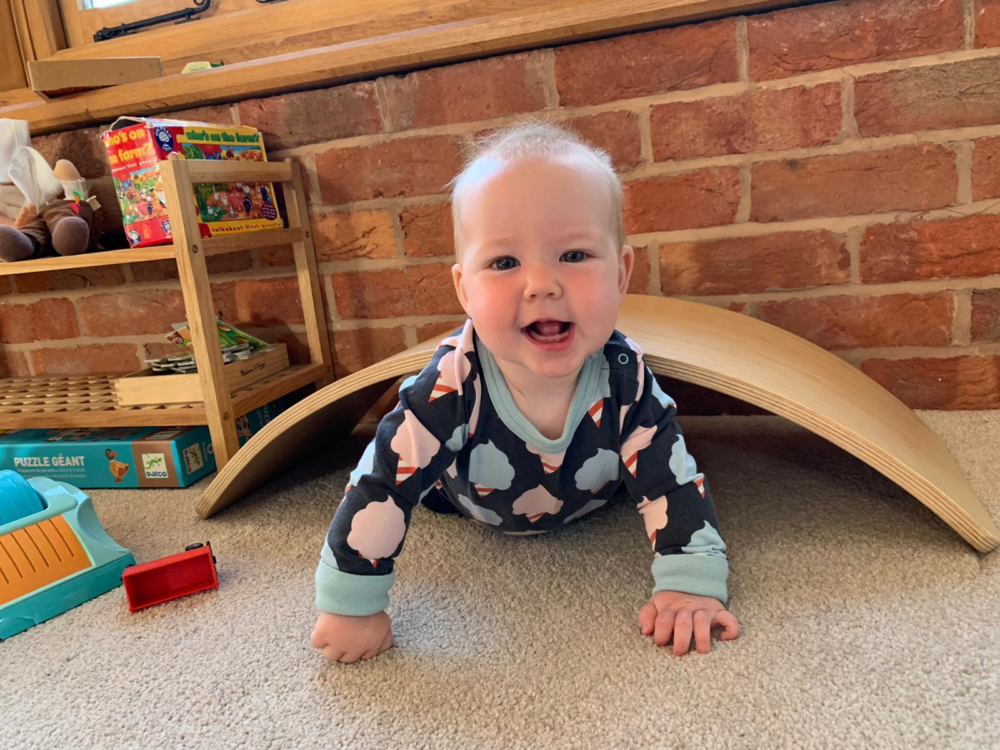 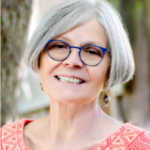 At the same time as Poppy was looking for opportunities to climb trees, her sister Willow embarked on the initial moves necessary towards crawling. Over the past three weeks, just as she turned six months, she has started to pull herself up on all fours – this momentary movement took huge amount of effort and initially lasted for a split second, but with practice it extended for as long as her arms would hold her up. It developed into a press-ups with her whole body being held by her tiptoes and arms. Sustaining the weight of her body for any length of time was a real effort, and she quickly collapsed into a kneeling position.  This gradually evolved into kind of rabbit hop on knees as her arms continued to develop in strength.

As I am writing this,  Willow continues to practice and is almost there. These daily efforts demonstrate perseverance and determination often ending in a frustration.  It is evident that her brain is deeply engaged in trying to achieve every move.  The opportunity to explore the texture of the surface on which Willow is moving enhances her need to move further. She experiences the fluffiness of the sheepskin, the texture of the living room carpet, which is different to the one in her bedroom, the smoothness of the  sheet in her bed, and the feeling of the grass in the garden and in the local park; they all contribute to her urge to move and learning and absorbing her surroundings.  Putting objects just slightly out of her reach further stimulates the need to move and she makes real effort in getting to the desired toy, a ribbon, or everyday object used by her sister or mother. In the recent weeks Willow slithered and rolled away from the carpet in the middle of the room and ended up in the corner exploring the  ribbons attached to a school satchel belonging to her sister.  On another day she was found on the other side of the living room sucking on a little  Sylvanian family bear, found in a basket of her sister’s toys.

All these examples demonstrate the nature of  sensori-motor exploration so well described by Piaget and identified by Montessori herself and described by Lillard and  Jensen as purposeful movement.

Montessori urges us to facilitate freedom of movement in an environment prepared for the baby, toddler and the young child.  She advocates restraint from using any form of containment particularly in the first year of the child’s life.  Amongst others, Sally Goddard Blythe in her Well Balanced Child explores the important connections between our reflexes, capacity and opportunities to move freely and learning, particularly during the first year of life.  Willow is in her sensitive period for movement described by Montessori in much details in one of the chapters in The Absorbent Mind.  She is developing not only her physical skills, she is absorbing sensory stimuli and expanding connections in her brain.  She is also making the very first significant step to emotionally separate from her mother and father.

“When the child begins to crawl …begins a voluntary separation from both mother and father and dramatic shifting of attention from them to the external world” (Polk Lillard and Lillard Jensen, 2003:76).

And then yesterday, all in one day, Willow managed to get herself into a sitting position not only once but several times during the day.  Later in the day, when placed on a mat in front of her play shelves, whilst her mum was sorting out the washing,  she chose a toy all by herself!  She played with it – feeling and tasting it without any adult intervention.

So many steps towards independence at six and half months need to be celebrated!

1 reply to On the Move